I don’t know about you guys, but I am a huge fan of classic concepts being reimagined in modern, updated ways.  The ones that are most well done find a way to retain the soul of the story while making it relatable to a 2012 audience.  Most of the time, this occurs in movies and television series.  With the immense success of crime dramas like CSI and mystery movies, it was only a matter of time before Arthur Conan Doyle’s classic character, Sherlock Holmes, was reworked.  Over the last few years, Hollywood has produced two films based closely on the short stories—though of course, high quality filming, special effects, and huge action scenes were just a few of the major additions.  The BBC has also tapped into this literary gold, reimagining the British tale in a modern time and place setting in the popular series Sherlock.

Not to be outdone, American television is following in Britain’s footsteps and riding the wave of the film’s relative success to create their own interpretation of Doyle’s tale.  Elementary premiered on CBS in late September, presenting audiences with another Sherlock Holmes displaced into a modern-day New York setting.  They have made some noticeably larger changes to the traditional story; I am primarily referring to the choice to write Holmes’ partner, Dr. Watson, as a woman. 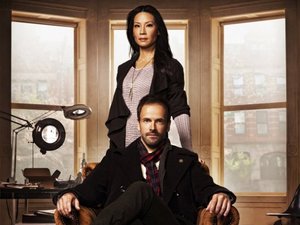 This is a decision that I am highly torn about.  As a feminist, I support the gender-bending placement of Lucy Liu, an Asian-American female in a leading role.  On the other hand, I have strong reservations about the reasons behind this choice.  Let me explain my perspective—though casting Liu puts a twist on the traditional concept of the gender of Dr. Watson, I feel as if CBS may be exploiting her gender as a dramatic tool to draw an audience.  In short, by writing a female as the partner to Sherlock Holmes, I believe they are taking advantage of the opportunity to create yet another heternormative atmosphere of sexual tension within their television show.  I am concerned about her primary function transitioning from the necessary partner in crime-solving to a flimsy object of sexuality and unnecessary drama.  Furthermore, Sherlock Holmes is one of the very few characters in literary history that may be identified as asexual.  A community that is highly underrepresented as it is, this identification is completely ignored in the CBS rewrite, doing a disservice to the representation of asexual characters in literature and television as well as the integrity of the original Holmes character.  In the classic version, Sherlock reserves some amount of affection for Ms. Hudson, his landlady, and has no other attachments.  Dr. Watson becomes his friend after months and years of effort and closeness (even then, Sherlock rarely admits it).  One of the things I find most enjoyable about the Holmes story is how unsure Sherlock is about his friendship with Watson, and how it occasionally has a bit of a romantic feel.  Though this is not necessarily representative of his asexuality, I love that what romantic tension there is, falls under the queer umbrella.

All of these little details (which frankly, are not central to the plot at all), are destroyed by the gender change of Dr. Watson.  Now, I can almost guarantee that she will be used as an object of sexual attraction for Sherlock (as well as the audience).  This is unfair to the previous representation of the queer community.  If CBS really wanted to break gender boxes, they should have altered the gender of the main character, Sherlock.  As is, Elementary is just another program featuring a woman in a subordinate role, exploiting her gender for a heteronormative relationship wrought with drama to draw an audience.

Please share your opinions on this new television show in the comments! Have you seen an episode? Where does it seem to be going? Does the show overall benefit or hinder feminist endeavors, in your opinion? Feel free to share!
Posted by Cara at 10:24 AM