It seems like making this dream a reality is always just around the corner! But every time we get close, it slips away.  I’d wager that about half of the people reading this have never heard of the realistic possibility of contraceptives for men.  The scientific community has been looking into this idea for over a decade now. 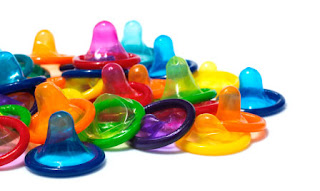 Condoms: currently the only form of temporary contraception available to male-bodied people.  The less temporary kind is a vasectomy--and that appeals to a population of select few.

Male birth control would be such a revolutionary development—not only in the field of medicine, but socially as well.  Under the current “system,” women are solely responsible for buying contraception, if they so choose, and keeping up with the strict regimen of doses or doctor’s appointments.  This is a huge responsibility, and also a massive financial burden (many times, an unmanageable one).  If contraceptive medication was available to men, this responsibility would be more evenly distributed between both parties in a sexually active heterosexual couple.  But it’s not just about making it “fair.”  Men want to be able to exercise control over their future; relying on someone else to keep you from becoming a father is stressful.  By giving men access to a birth control method that they can choose to take (or not), ultimately gives them control over their sexual lives in that respect, and allows them to be autonomous in their family planning choices.

So with all these benefits to look forward to, what’s keeping us waiting?

Scientists have been looking for the solution to this predicament for some time.  And they have come extremely close many times!  Unfortunately, problems always seem to get in the way of moving forward to human testing or actual production.  No drug has ever moved past clinical trials to reach the market.  When it comes down to it, male birth control would have a huge task to accomplish.  Women make one egg a month, whereas men produce thousands upon thousands of sperm every day for years and years.  Naturally, the first route scientists attempted to take was the hormonal one.  This was developed in pill, patch, and injection form.  Ultimately, it was shut down on all fronts because of side effects like acne, changes in cholesterol levels, and slight weight gain. The case was also made that the commitment to a monthly injection was just too constrictive and inconvenient.  I could go on for years about how terrible it must be to remember that once-a-month birth control or how horrible side effects like weight gain must be.  Of COURSE the program was shut down. HOW could anyone put a drug like that on the market?!?  But that’s a blog post for another day, perhaps.

Right now, scientists are getting our hopes up with two different breakthroughs—one in gel form that requires further testing, and one that was discovered by accident.  The accidental discovery seems to be the most likely candidate in my opinion.  Dr. James Bradner and his team were working on research regarding cancer when they stumbled upon a chemical combination that led to the male body “forgetting” how to make sperm (in mice).  They passed this information on to Dr. Martin Matzuk, a fertility specialist, who is now looking into the possibility of testing this method in humans.  He states that, from the results they are seeing in mice, this contraceptive method would lead to the body “forgetting” how to produce sperm, but resuming normal functioning when drugs stop entering the system.  It would be temporary and potentially has no side effects.

I am so intrigued to see if this research follows through into market production.  If it does fail, I want to know why—cost, ineffectiveness, lack of support, or inconvenience to potential buyers?  Ultimately, support is needed both politically and pharmaceutically to see this endeavor through to a reality.  For more information on this vast topic, check out this comprehensive article on Chemical and Engineering News.
Posted by Cara at 11:43 AM