Women and the Presidential Debates 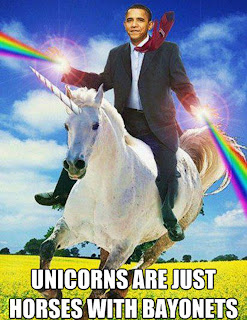 (Thank you, Internet.)
As an avid fan of politics, sharks, metaphorical blood in the water, and word boxing (fighting without fists), I made a point to watch the presidential debates. Last night wasn’t a very exciting debate. Both candidates were talking in platitudes and made the point that foreign policy must start with a strong America. We have to build up our country to help others. It’s a simple theory that would be easy to carry through the whole debate, right?


“I believe in a better America.”
“I support an America that’s great.”
“I really like American cheese.”
“Bayonets.”
“TEACHERS!”
(I may have taken some creative liberties.)


Amid the boringness of last night’s debate on foreign policy, something struck me.  One of the candidates mentioned Women’s Rights in other countries. Sure, I know that as an American woman, I have certain privileges that I wouldn’t have if I lived in a different country. However, if the theme of last night was building up America to help others, doesn’t the same go for women’s rights?


Women still aren’t guaranteed equal pay, and when that question was asked in the second debate, Mitt Romney answered that IF women want to enter the work force, it should be more flexible. You know, so they can get home to clean the kitchen and make copies of their resume and headshot for his binder. Also, there was a lot of talk about women’s health care, but why wasn’t abortion mentioned once? Stop beating around the bush and talk about it. Whatever your position, it’s a medical procedure that exists and is a big topic in this election. If women are as important of a factor in this election, as the media likes to present it, where is the real discussion?


Don’t get me wrong. Like the candidates, I’m all for helping women in other countries, but I’m also for equality in this country as well.
Posted by Lexi Lapp at 2:42 PM