A Salute and Farewell to Besse Cooper 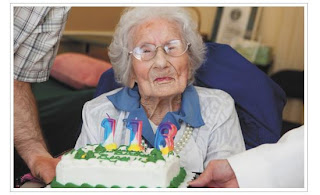 Wednesday, December 5th the world's oldest person died at age 116, only one of eight people recognized by the Guinness World Records to have lived that long. Cooper was an original member of the women's suffrage movement, in the 1920's. Then 24, the Georgia school teacher registered women to vote and spoke to others about the importance of having a voice in politics.

Besse Cooper was born in Sullivan County, Tennessee, on August 26, 1896. She began to go to school at age 5, she walked from a log cabin to make sure one of her brothers attended. She grew to love going to class and eventually went to East Tennessee Normal School (now East Tennessee State University) in Johnson City to study education. When she graduated, she got a job earning $35 a month. When she heard from a friend she could make more in Georgia, she got a job in Monroe making twice as much. She was a smart, energized, social activist who catered to supplying a safe home for her family.

Sidney Cooper, 77, said his mother was a strong, determined woman who, like the school teacher she was, could be a disciplinarian. She was fair and honest, he said, but "when she said something needed to be done, you'd better do it."Sidney Cooper said his mother always said her best years were when she was in her 80s. She was a social butterfly and dedicated to educating people with her wisdom not only on their rights but as well on the ways they can get involved and make change.
Besse Cooper is survived by four children, 11 grandchildren, 13 great-grandchildren and two great-great grandchildren. 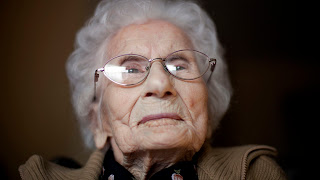