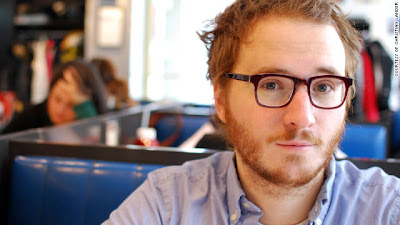 Cyros, the world's largest sperm bank has started to turn down red headed men as candidates for donations due to the little demand. As a red head myself thinking that this is an AMAZING COLOR, I feel offended, even though I do not carry sperm. If I was to, I would definitely not accept an organization telling me my sperm isn't as important because it isn't in high demand. This is close to how Christopher Lander feels.

The fact of the matter is that women who have red hair are assumed to be sensual sexy, spicy, and desirable as Christopher states, but when it come to men red hair isn't so attractive anymore. His conclusion is that it's not the idea of a red-headed girl identified child, it's the fear of having a red-headed boy identified child.

According to certain misconceptions of shows and childhood studies, a lot of red-headed children testify to having been bullied and this may in one sense frighten parents to bring their child in that environment as well due to the fact that magazines and America's "sexiest" people list rarely show red-headed men, which in a sense degrade the thought of a red-headed child. These are all points that this red-headed donor brought up which in a sense may be true or false, but the reason I bring it to your attention today because of the fact that the sperm-bank is discriminating as well parents are placing value on what is desirable and what is not. We as a nation need to sense events like this and know when something is obviously not right. For someone to willing to donate their sperm is a brave step and then to be shut down and told no we don't want your sperm , we are accepting donors but not that look like you. This is a very controversial issue and draws a line and sense of shame to those who are indeed red-headed.

As Christopher said he is a red-head and his sperm is just as good as anybody else's.
Posted by Ash Mash at 3:38 PM